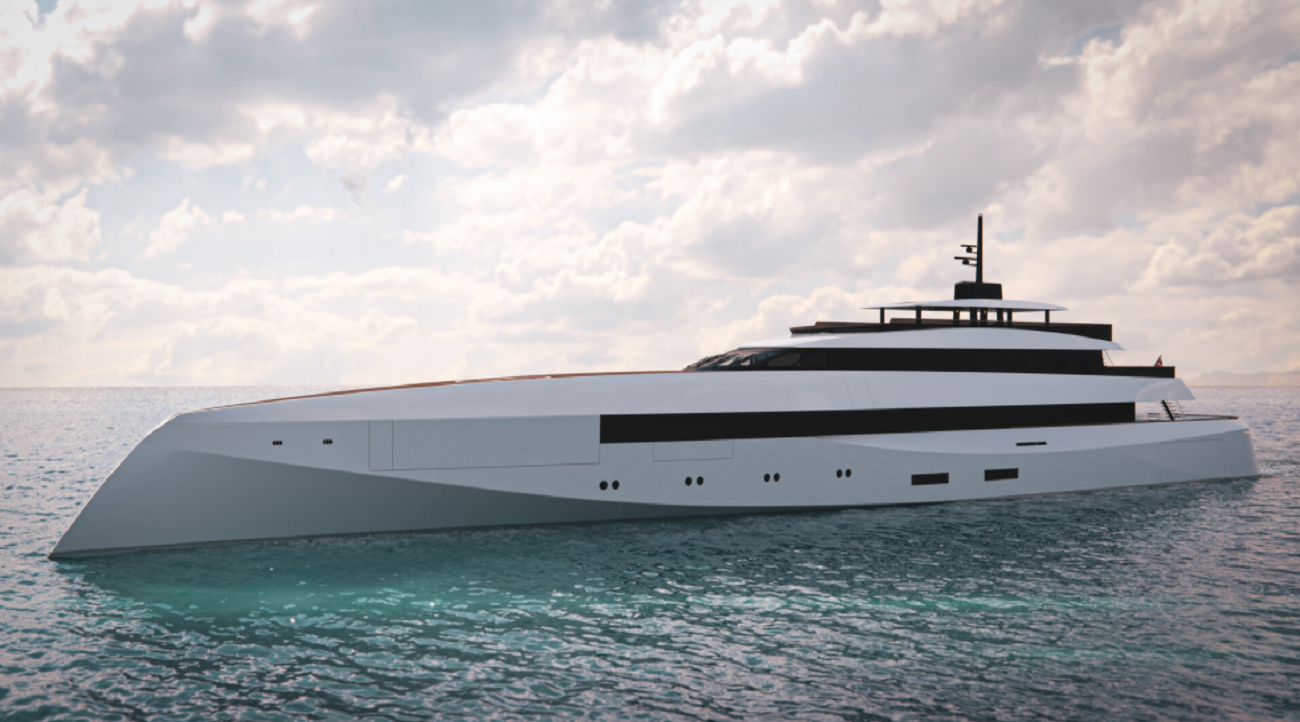 Alexander McDiarmid and Ghost Yachts have teamed up to design the 80-metre superyacht concept, the G250. The concept marks a milestone for Alexander McDiarmid Design, and is a celebratory build that raises a glass to toast the design firm’s 10th anniversary.

The G250 has been designated as the latest flagship of Ghost Yachts and has a sleek, avant-garde aesthetic. Her long sweeping lines stretch to a sleek reverse bow and wave piercing hull, engineered by naval architect Andrew Lea of Norson Design. She is constructed with an aluminium hull and a carbon fibre reinforced superstructure.

She has been designed to the LY3 Code and is equipped with many standout, luxury features. Her sunken foredeck provides protection from the elements and gives guests onboard an outstanding feeling of privacy. Plenty of space has been designated for sunbathing; she has a sun deck complete with a Jacuzzi and bar, a large swimming pool to aft, and a generous beach club with a spa.

The G250 accommodates as many as 10 guests across five VIP staterooms. She also features a full-beam owner’s stateroom with large, exclusive balconies.

Guests can arrive at the superyacht via an AH145 helicopter, as she has a heliport onboard. They also have the option to board using one of her two 10-metre tenders. In regards to her own navigation system, the G250 has a wheelhouse kitted out with top-notch equipment, including a digital touch screen bridge that keeps in line with the yacht’s modern design and aesthetic. 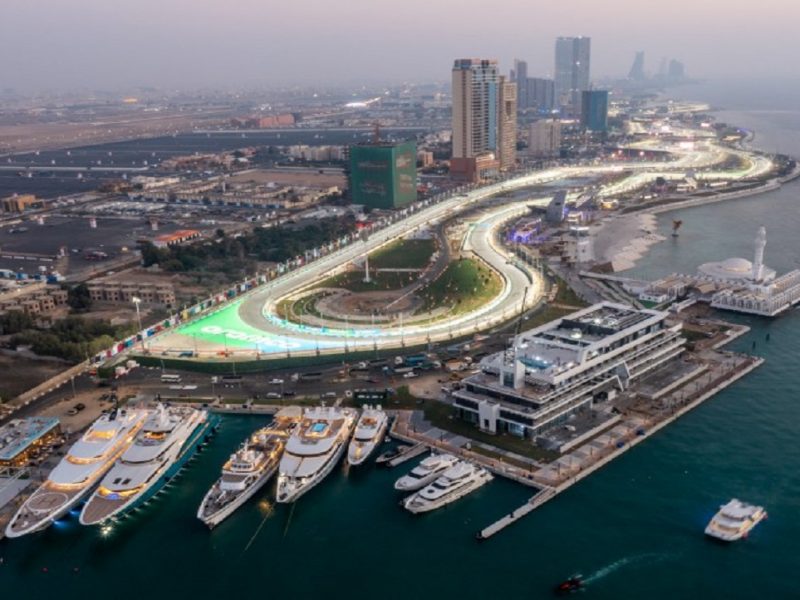