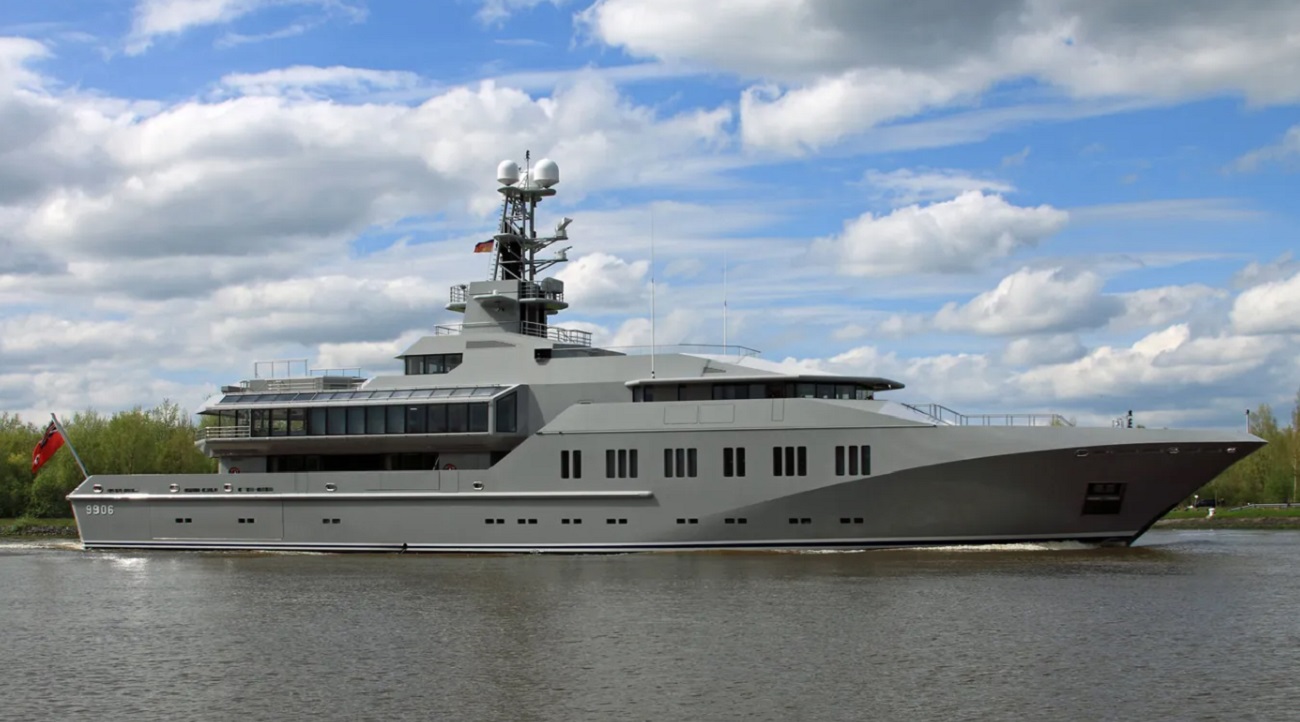 Skat: Inside the story of Lürssen’s 70.7m military-inspired superyacht

With angular lines, a militaristic style and totally grey paint job, the iconic yacht Skat blazed a new path when it was launched by Lürssen in 2002.

Nearly 20 years after her launch, the 70.7 metre Skat is still a standout superyacht. “Her radically different design at the time made her, in effect, timeless,” says Lürssen’s sales director Michael Bremen.

Skat was built for Charles Simonyi, who put the project out to tender with several yards and selected Lürssen after a careful vetting process, with the contract signed in 1999. Simonyi oversaw the development of Excel and Word at Microsoft, so perhaps it’s no surprise that he would request a yacht with geometrical precision. Lürssen’s press release announcing her launch described Skat’s owner as having a “technically brilliant mathematical mind” which birthed a yacht “dominated by planar surfaces, straight lines, and angular corners

Skat’s iconic exterior is by Espen Øino with interiors by Marco Zanini and Flavia Alves De Souza. Øino says, “[The client was] a rational and logical man who believed that most boats looked as if they were carved out of soft cheese and thought, ‘Why spend time and tonnes of filler to make it look like something it is not? Steel and aluminium come in flat plates!’” says the designer. Bremen seconds this notion. “The only curves you will see on the yacht are effectively standard industrial material shapes (half pipes etcetera) other than the curve in the bow, of course

Skat was intended to be Simonyi’s home away from his land-based home in Seattle, Washington, USA. Speed was secondary to space, quiet and convenience. With comfort at a forefront of the brief, it was decided that Skat would have a full displacement hull. The owner wound up becoming quite involved in the project, says Bremen. “The owner said at contract signing that he would come to the yard occasionally, instead, he got so involved in the process that he was at the yard almost once a month

The client wanted the interior to match the style of a house, but with its usage made for life at sea. “The interior styling is Marco Zanini at his minimalist best!” says Bremen. Simonyi wanted everything to be well methodical and organised as well. Every material used inside the yacht must be easy to clean, and there should be no clutter. For instance, there should be a built-in shelf designed to hold shoes when guests board instead of a loose wicker basket.

Technical innovations that helped Skat stand out at the time of her launch included elastically mounted main engines mounted on an elastically mounted raft. “Also quite unusual are the large ‘bay’ windows which give her characteristic shape,” says Bremen. He is referring to the semi-hexagonal windows on Skat’s bridge deck. This use of glass at the time was very different from other superyachts and represented a milestone in glass R&D by Lürssen.

“It was an absolute gem of a project to work on,” says Bremen of the iconic yacht Skat, “and she was the first in a long line of yachts to come out of Lürssen that set new milestones. She will live forever