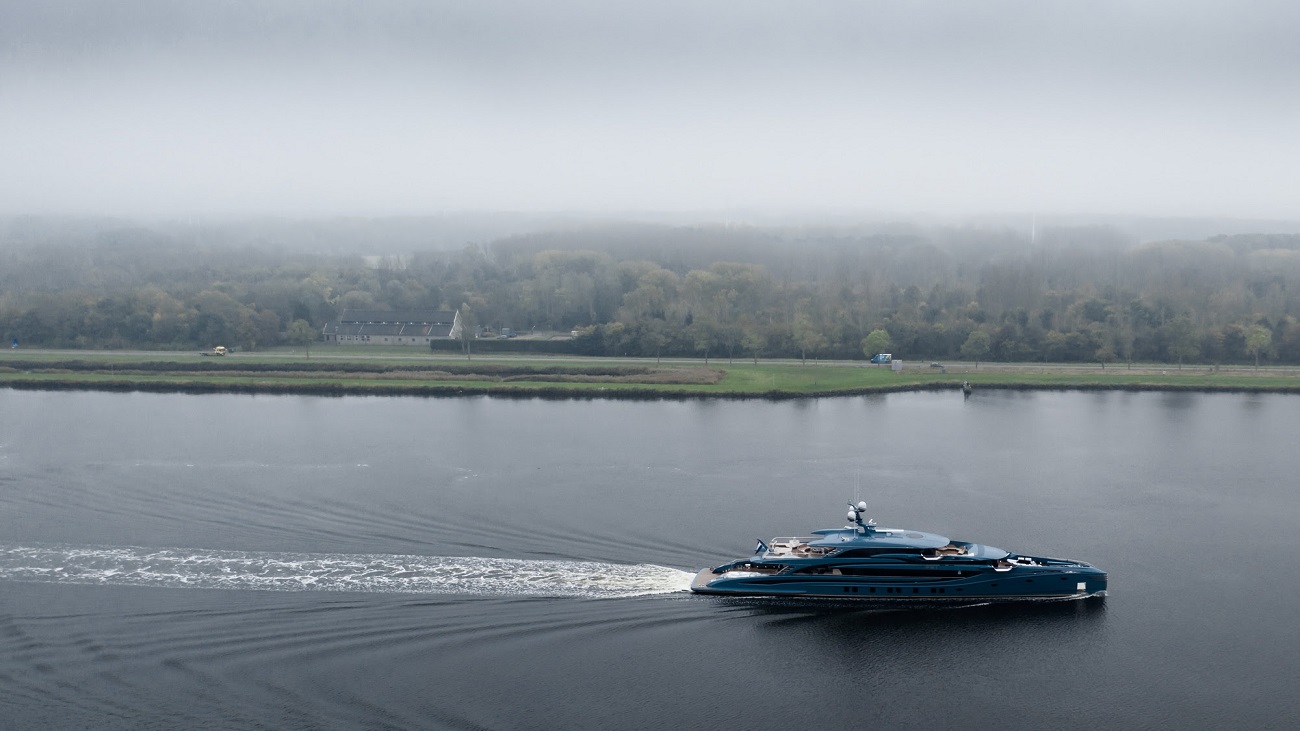 Royal Huisman has shared the new pictures of 58.5m Phi during her sea trials at North Sea.

The 58.5m motoryacht Phi, developed and constructed to remain below 500GT, is by far the longest motoryacht in this category, worldwide, based on current Classification rules.

Her naval architecture was developed by Van Oossanen Naval Architects, while the general concept, exterior design and interior layout were made by Cor D. Rover.

The studio Lawson Robb is responsible for the interior.

“With such a powerful vision, a demand for the absolute highest level of quality available anywhere and such difficult engineering challenges, Royal Huisman were clearly the best partner to build the boat,” says Guy Booth, owner’s representative and project management.

Phi is scheduled for delivery later this year.

Royal Huisman is a Dutch shipyard established in 1884 in Ronduite, building and refitting custom luxury sailing and motor yachts at its shipyard in Vollenhove, the Netherlands.